Speaking to the press in Kisumu Ndogo Uasin Gishu Jubilee party Chairman and Langas MCA Francis Muya Mwangi said their aim is to ensure that Odinga gets more votes in the County which is perceived as deputy president William Ruto’s bedroom.

“I want to inform all Azimio La Umoja supported in Uasin Gishu County that we will be having a mega rally on Sunday 10th April 2022 in Langas where we will be campaigning for the Azimio la Umoja presidential flag bearer who is none other than Raila Amolo Odinga to be next president,” said Muya while speaking to the press.
Muya called on all politicians across the county to be tolerant and maintain peace in the Country since everyone has the right to look for votes across the Country. 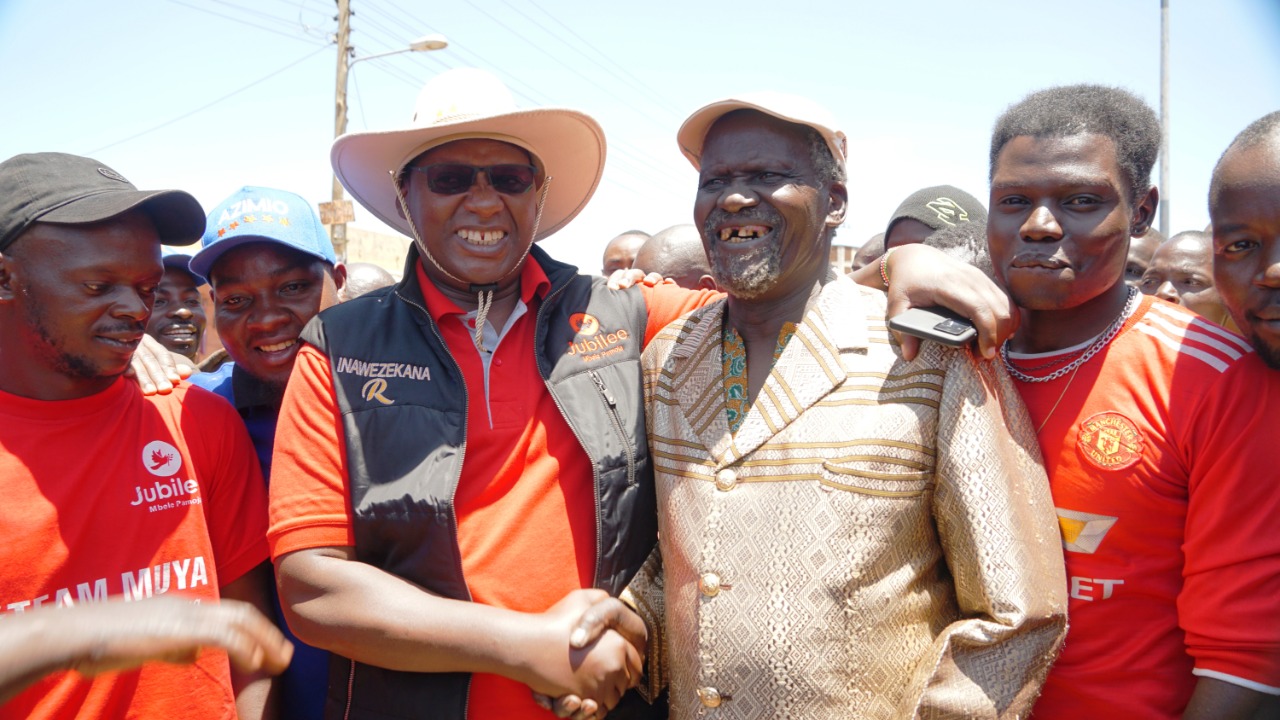 “Let’s maintain peace as a presidential candidate is moving across the country looking for votes, if you don’t like a particular candidate don’t attend the function instead of causing violence. Youth should not allow themselves to be used to cause violence,” Muya advised.
He further condemned the incident where opposition leader Rail Odinga’s chopper was stoned while he was attending the burial ceremony of his longtime friend mzee Jackson Kibor.

“Recently we saw what happened to Raila Odinga where he had gone to say sorry to the family and friends of mzee Jackson Kibor
but youth were used to stone his chopper this I uncalled for and ill-intended and we condemn it with the strongest terms possible,” he said.
“Let’s be patient as investigations are underway since we were told those who will be found will face the full force of the law. I urge William Ruto who said anyone who will be found if it is Sudi, Kositany the law should follow its course and they should not be given party tickets,” he said. 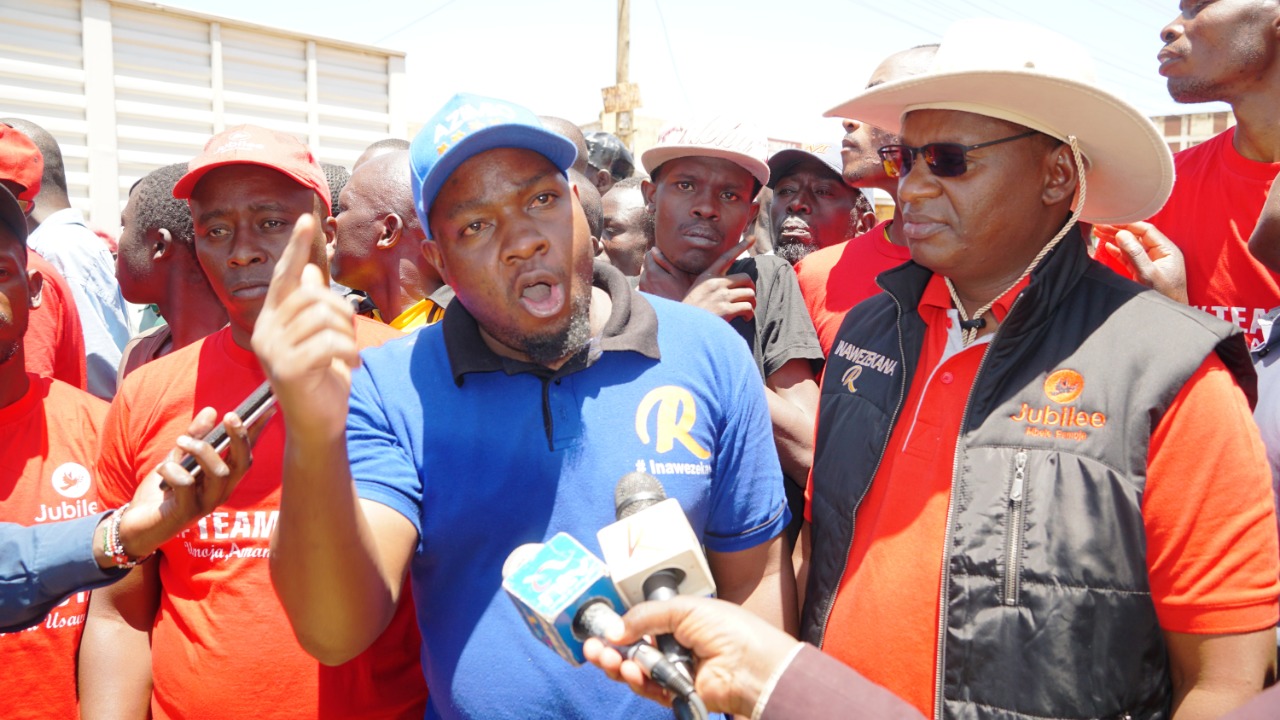 Fred Owiino Kangas Langas residents said thye will vote for Odinga because he loves all tribes and during his tenure as prime minister, he gave 6 slots to the Kalenjin community showing that he is not tribal.
“We are calling on our security apparatus to ensure thye give us maximum security during our Azimio la Umoja Sunday meeting so that we can campaign for our candidate peacefully without any problem, “Paul Maina Nganga said. 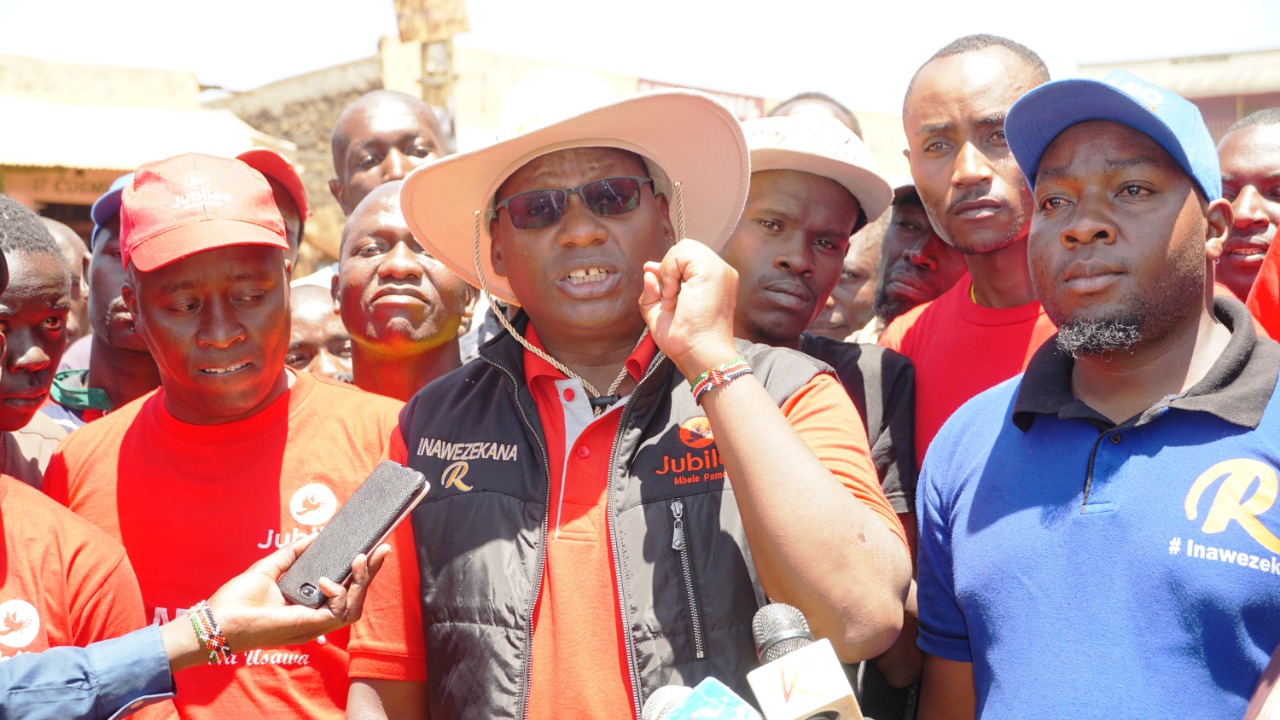 Roman Odwero langas resident and Luo elder chairman condemned the incident where the opposition chief was attacked in Ziwa terming it as unfortunate and ill-intended.
“I want to call residents to maintain peace and avoid involved in such heinous acts saying those who were involved should face the full force of the law,” he said.