Speaking in Eldoret at a peace stakeholders forum convened by the Rural Women Peace Link organization ,Tabitha has condemned the increasing cases of violence meted against women vying for the various political positions as well as the use of retrogressive cultural practices hindering women from vying of the elective posts, “we should raise our voices against gender based violence against women especially those seeking elective positions , in a modern society women must have equal opportunities ”Said Tabitha

Tabitha has also insisted on the need to ensure peaceful campaigns and elections before, during and after the August elections, “We should promote peaceful and cohesive elections in order to provide an enabling environment for women to campaign “, insisted Mbugua.

Mbugua noted that continued discrimination against women should be brought to an end and the community sensitized to appreciate the role of women in leadership and that political parties should align policies that support women.

“In the current amendment bill we have had the 15 percent of the political fund directed only to political parties that are sensitive to gender representation, this is a big milestone towards ensuring more women are included in the top decision making organs “,said Nandwa.

Nandwa added that the ORPP will be holding sensitization forums in the grassroots on the need to have peace and fight against gender based discrimination as we are approaching the international women’s day on 8th March 2022. 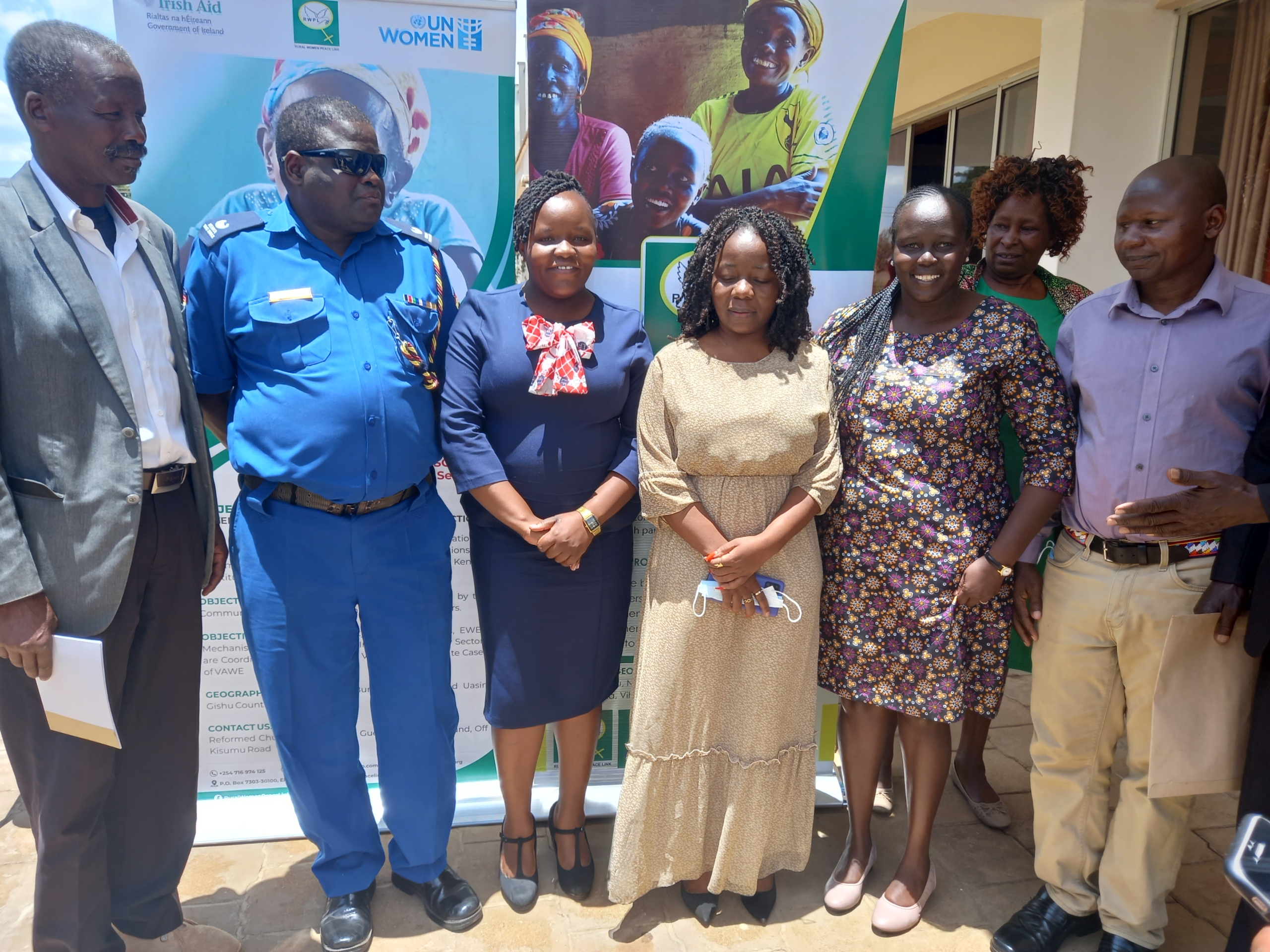 “As we are approaching the international women’s day on 8th March2022,we as an office are making sure that we hold peace forums to sensitize political parties on the need to have peace as we gear towards elections “,Nandwa said.

Other peace actors in Uasingishu county led by Henry Murray the Chairman Peace Committee Turbo Sub county noted that women should not be looked down upon in the society and that they should be accepted in the various leadership roles and that retrogressive cultures should not be entertained to discriminate women seeking the elective positions,

“Women should have a representative role in leadership and be accepted in the society, we should not say that women are unworthy yet we have educated our daughters hoping for them to join the political world “, said Murray.

The role of women is primarily recognized in the social, political, economic and religious spheres.