Kenyans have attacked Kimilili member of parliament Didmus Barasa after he posted this in his Facebook page.

Barada is a staunch supporter of the deputy president William Ruto who has declared his interest for the presidency in the fourthcoming general elections.

But his bid has been rubbished by TNT dynasties who have termed him as corrupt and cannot be trusted with three country’s leadership. 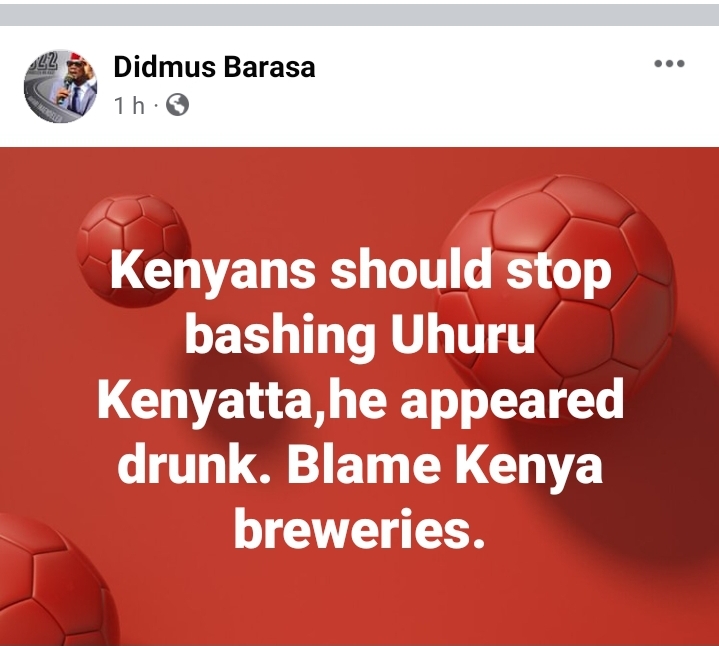 He is also a big critique president Uhuru Kenyatta’s administration and the opposition leader Raila Odinga’s presidential bid in the fourthcoming elections.

His post recieved mixed reactions here are some of their comments.

Mish Millie wrote “This are some of the sentiments from our leaders that makes me hate politicians with their dirty politics….Matusi tuu ndo imewabeba nyinyi nyoteee..On Sunday you people are always holier than thou then come Monday you start abusing each other in compain rallies. .YOU MUST CHANGE,”

Tony Mbara wrote “You doing Ruto no good,you will realise it when its too late,” 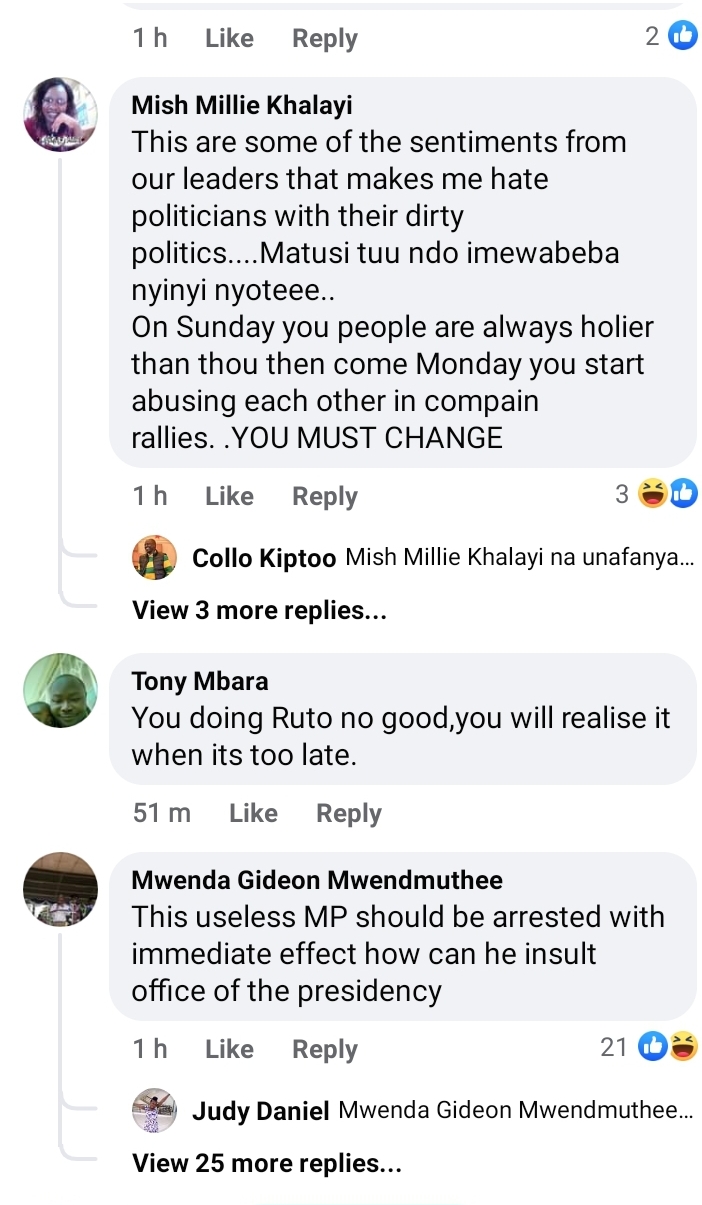 Mwenda Gideon wrote “This useless MP should be arrested with immediate effect how can he insult office of the presidency,”

Washington Onyango says “Didmus Barasa? This statement will definitely affect your future. You don’t sound smart in this,”