Through his official Facebook page he said this is because the opposition leader Raila Odinga was attendance.
He wrote “But how did Arsenal expect to win against a YELLOW JERSEY??
With someone in attendance,Kenyans were sure of the outcome..
…NGUMU KAMA MAWE.,”
He is a big supporter of the deputy president William Samoi Ruto’s presidential bid in the fourthcoming general elections.
But his move has been rubbished by the dynasties led by COTU secretary Francis Atwoli who has termed him as corrupt and cannot be trusted with the country’s leadership.
His post recieved mixed reactions here are some of their comments. 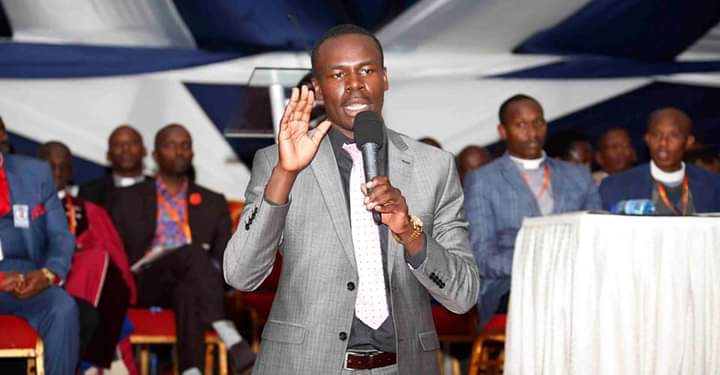 Chepkorio Mtetezi said ” Raila Odinga in 2017: Uhuru Kenyatta has failed Kenya.
Raila Odinga in 2022: I will walk in Uhuru Kenyatta’s shoes,”
Joe Mithamo wrote “This coming from a leader is very low. Anyway, you’re going home with your master. One day mogaka you will come begging baba for forgiveness. Mark this post,”
Ronald said “This was a straight win for Liverpool. In fact, when I saw Raila in attendance, I went and staked against them. After the match, I was smiling all the way to the bank,” 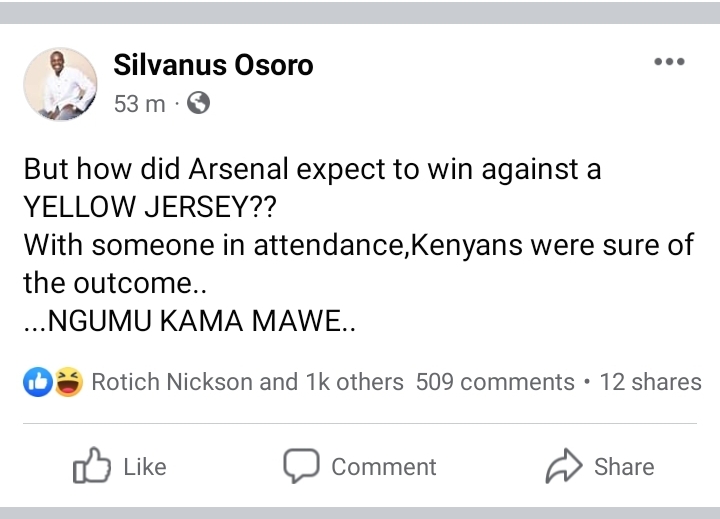 Ombui wrote “Don’t mix football with your dirty politics.Is this the first time Arsenal lost to Liverpool?Everyone was assured that Liverpool would carry the day.Don’t come here and start confusing people that Baba was the cause for Arsenal‘s defeat.Style up kijanaa.Nonsense,”
Gollan said “Your bitterness will not stop God’s happening to come to pass……when you are in competition you must be ready for winning and losing while losing is just unfortunate thing….. Did you expect both teams to win? You this is why Arati gave you the dose,”