As Kenyans ready themselves for the reopening of schools, there is disquiet among some parents who are yet to overcome the tragic loss of the lives of their children in some of the schools,

Barely six months ago and the graveyard in the home of these parents remains a constant reminder of the once vibrant life that was cut short, dreams and aspirations shuttered because of what parents say was negligence in the school that was entrusted to impact education and provide protection for their child away from home.

On October 24th, 2021 Beryl Jerop a form one student at St Teresa of Avilla girls in Ndalat Nandi county, died in what postmortem results from the Moi Teaching and referral hospital say was a result of bacterial meningitis. 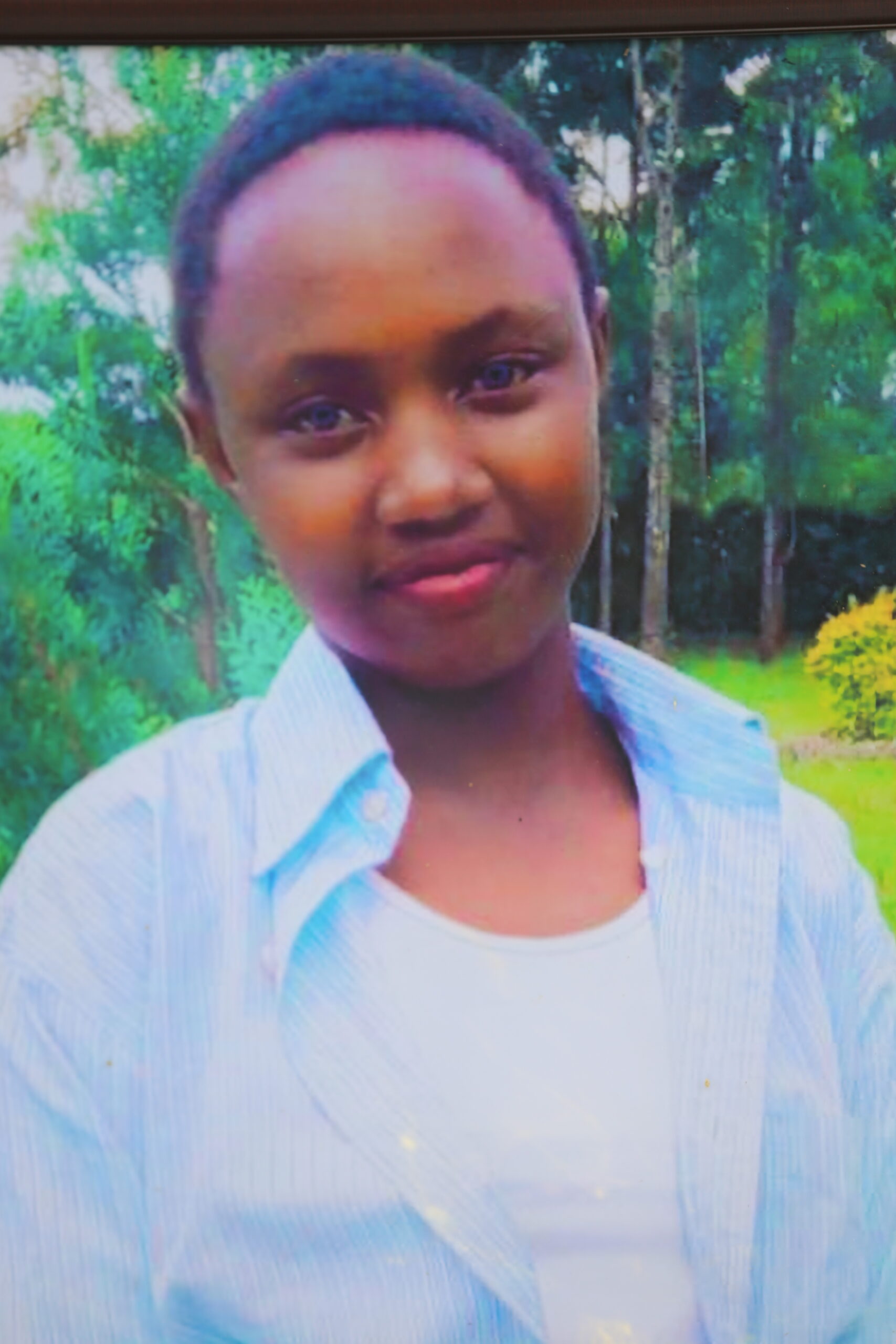 The parents of Jerop say they were never informed of their daughter’s sickness until her death,

“It’s sad that despite our daughter being sick we were not told of her sickness only to be told that she had passed on. We reported the matter to Kabiyet Police Station and later we were informed that the case was closed without our involvement, does it mean my daughter had another parent who closed the case?” the mother of the deceased wondered.

“We have been left in the dark we don’t know how our daughter got sick, or even how she died, the School did not even attend her burial yet they have still held on to my daughter’s uniform,” she added.

The situation is the same miles away over six years down the line, Emily Chelang’at, a Form Three student, died after being infected with meningitis at Our Lady of Mercy Secondary School in South B, Nairobi. 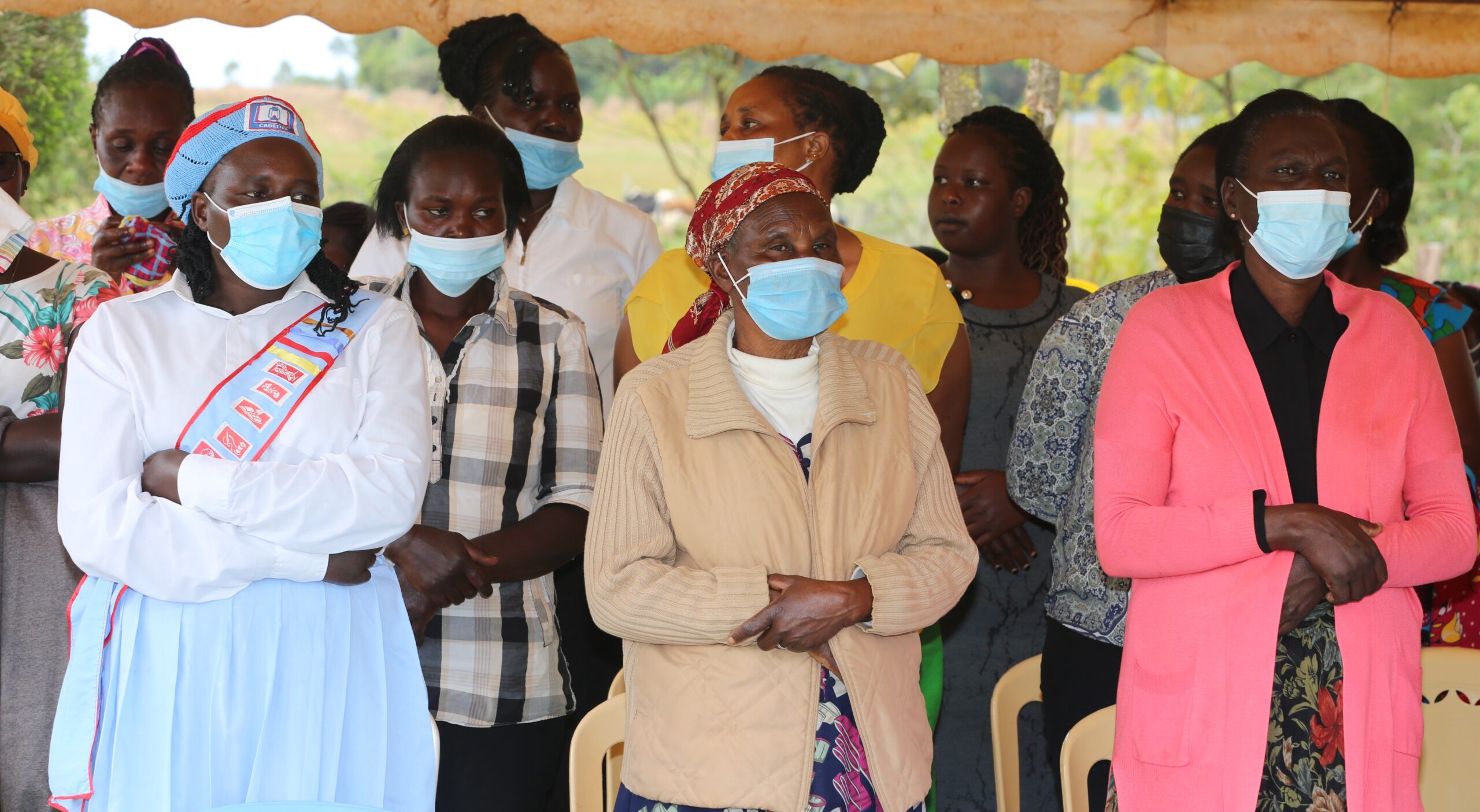 Her mother Sally Chepngetich Bett has had no closure, every day she wakes up at her rural Kosachei Home in Turbo Sub County to pray for the departed soul of her daughter at her graveyard hoping that one day she will find justice.

“My daughter would be alive today if the administrators of the school cared to seek better medical care for her, it’s sad that my daughter was just sleeping on the bed without being given any medical attention a condition that could have been managed if the schools management could have taken her to hospital,” Sally Bett in front of her daughters grave.

And like the first family of the late Jerob, Bett says her daughter was neglected for over two weeks after she complained of severe head and backaches what would later turn tragic and completely shatter her life. 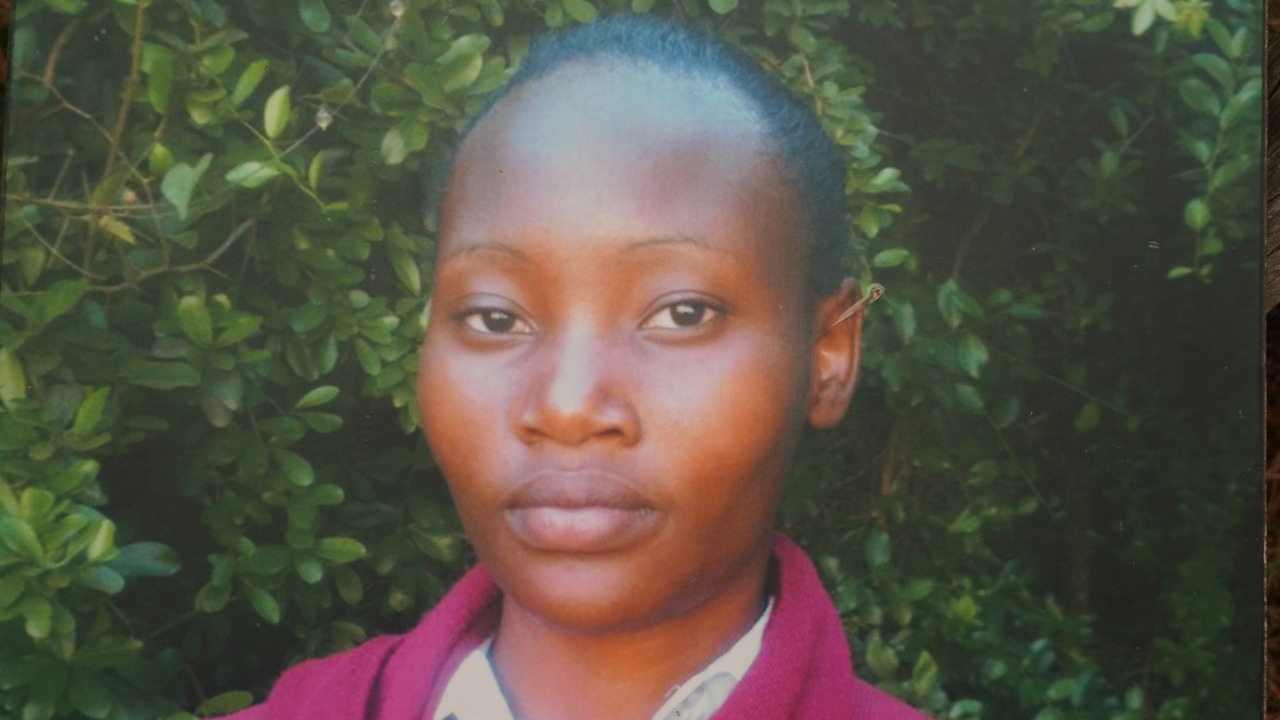 “It’s sad that I only came to hear of my child being sick during the closing day when I had gone to pick her up as usual. I was informed she was very ill. I asked the matron about her whereabouts but she was rude and told me to go and look for my child,” she added.

Despite efforts to seek justice from the Kenya national commission on human rights, No action has been taken against the school for negligence, she bears the pain of loss and more so for lack of justice.

“I took the letter to the officer and gave it to one a person by the name Mr. Victor Kamau the head of the legal Unit at the commission he assured me all was well and that they had been directed by the committee of education to conduct an extensive investigation into the matter, and investigation that was also conducted in the said school, they also obtained medical reports,” she narrated. 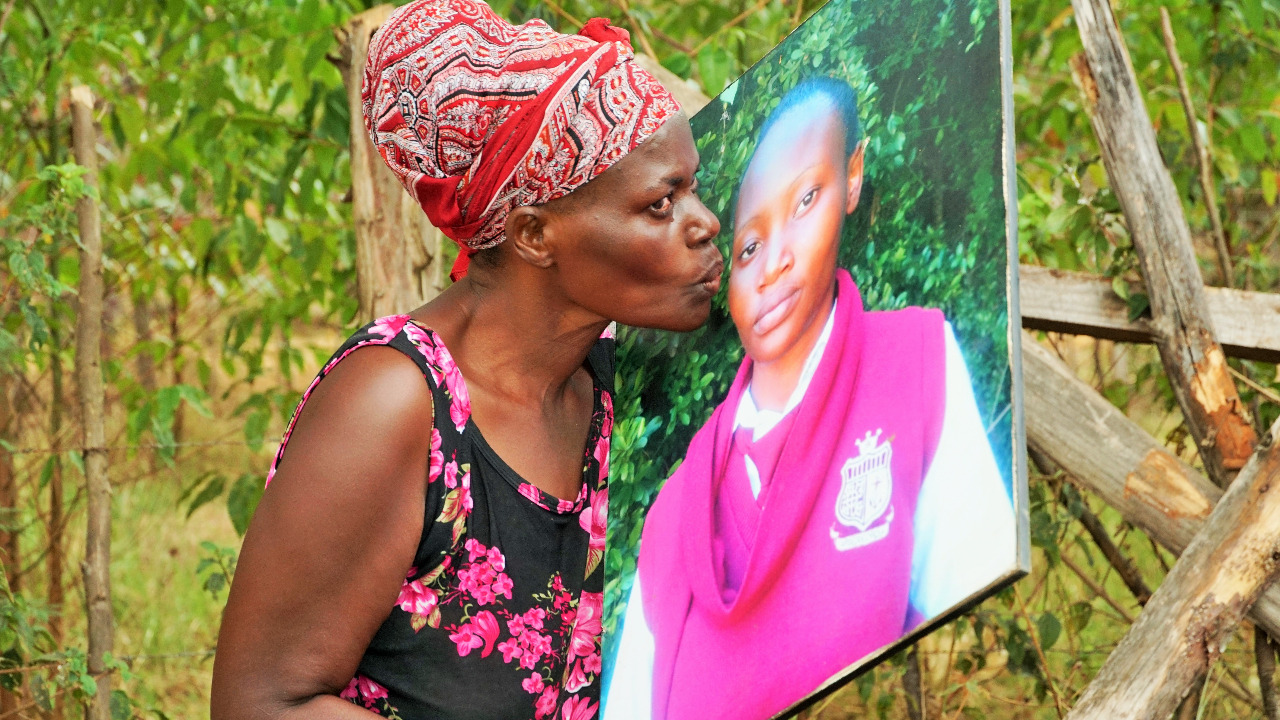 “It is sad that despite Victor Kamau telling me that all was fine, I have not gotten justice six years down the line, Every time he keeps telling me to come the day after tomorrow, every now and then it’s now six years. Why are they taking me right, left and center is there something I don’t know,” she wondered?”

The Kenya national parent’s association chair Nicholas Maiyo is concerned that parents are on their fighting for justice as unknown forces collude to suppress justice for the young souls and the agonizing parents.

“It’s unfortunate that despite parents trusting schools with our children, they end up neglecting us when our children die in their hands. We are calling on the DPP to conduct a thorough investigation and take stern actions against those involved in the negligence that has led to loss of life. What we want is justice,”

Human rights organizations are now calling for a judicial inquest to probe these deaths and many that go unreported across the county. 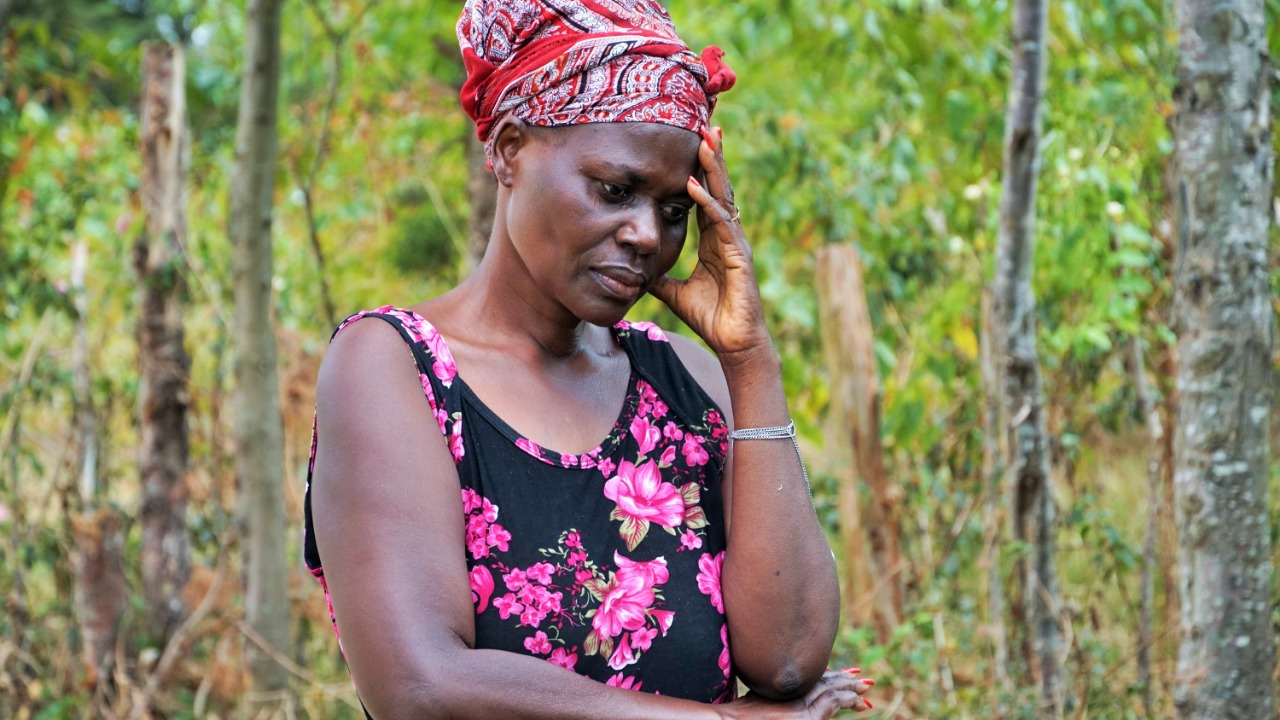 “The DPP should open an inquest and get more information about the death of the two students for us to know the circumstances in which they died, we also want all students, school nurses and the hospital where the bodies were taken to record a statement for us to know the cause of their death,” Kimutai Kirui Hum Rights Activist said.

A letter dated 10th January 2022 from the Director of the Public Prosecution says that there was no negligence in the school.

Andrew Ndete of the Office of Director of Public Prosecution Nandi County said there was no evidence of professional or administrative negligence on the part of the school and the medical officer to warrant that they be charged under section 244 of the penal code.
According to the Nandi County Police Commander Naomi Ichami,the inquest in which the police opened after a report of the death of Beryl Jerop was made to the Kabiyet police station on 24th of October in the year 2021.

“It is about a student who had fallen sick while in school and she was rushed to the Moi Teaching and Referral Hospital in Uasin Gishu County where she was pronounced dead on arrival,” said Ichami.

“The police opened the inquest file, compiled and forwarded the same to the Office of the Director of Public Prosecutions as it is required by the law for advise and the ODPP on 10th of January 2022 advised the police to close the file for no further police action citing that he did not find the reason to charge the two from the negligence,” added the Commander of Police.

As the schools reopen across the country in a weeks’ time the ministry of Education is tasked with creating an assurance over the safety of students especially those in private boarding schools and perhaps conduct an investigation over reported negligence cases that have so far led to the deaths of young students in schools and avert any other calamity.