Why Mt Kenya unity meeting was called off last minute 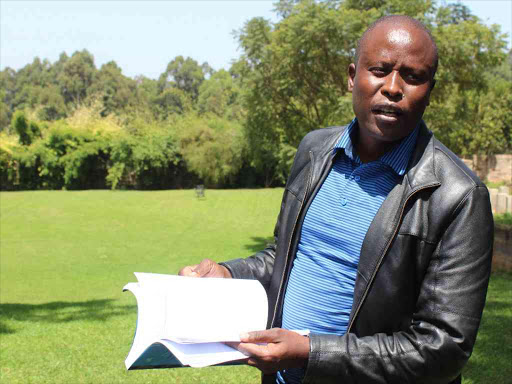 Reports over cracks in the agenda and fears of infiltration by opponents forced organisers to cancel today’s key Mt Kenya leaders meeting, it has emerged.

Some political heavyweights from President Uhuru Kenyatta’s Mt Kenya backyard had planned to converge in Embu for talks to chart the region’s political unity ahead of the 2022 polls.

Elected leaders from the region, including governors, senators and MPs, had been invited to the all-important meeting to craft the region’s 2022 plans.

“It was untenable to hold a meeting where some leaders want to use our presence to pursue their own political agenda,” an MP from the region told the Star in confidence.

“The meeting was no longer about the region’s 2022 agenda and priorities, but about giving some political declarations.”

But Kieni MP Kanini Kega, an ally of the President, insisted that the meeting had been called off mainly because of logistical challenges.

“We realised that we would end up with more people than we thought, so we decided to postpone it to enable proper planning to ensure we adhere to the Covid-19 protocols,” he said.

Kega said the meeting had nothing to do with endorsing any presidential candidate or settling on the region’s choice for a running mate.

“If we establish that there is someone who wants to use the meeting for presidential interests, we will lock that person out,” he said.

As Kega defended the postponement, there were reports that the meeting had been hijacked by National Assembly Speaker Justin Muturi’s team to endorse his 2022 candidature.

The Speaker had on Friday hosted some leaders in his rural home, where he was fronted as the region’s favourite leader after Uhuru.

On Saturday, Muturi sent out an invite to political leaders from the region, asking them to attend the “one-day engagement on our unity as a region” at Izaak Walton Inn.

“Mheshimiwa, you are humbly invited to a Mt Kenya elected members of Parliament and party leaders’ forum on Monday, September 13, 2021, starting 9am,” Muturi’s invite read.

While Karua, Kiunjuri and Kuria were initially seen as conveners, Muturi joined in.

“On September 13th, we will have the Mt Kenya Forum meeting with political leaders from the region. You, together with nine members from your political party, are invited to attend,” the statement read.

A statement by Karua’s team indicated that each party will take care of its party members and they were expected to pay Sh6,800 per person for the event.

The two parallel invites exposed simmering tensions between various political players from the region ahead of the 2022 polls.

But Kega said Muturi was to invite MPs, Embu Senator Njeru Ndwiga was to call senators, while Governor Martin Wambora was supposed to send invites to governors.

“We initially wanted to have senators and governors, but some Tangatanga MPs started propaganda that it would be all elected leaders,” Kega said.

Karua and Kiunjuri had last week held a meeting at Serena Hotel with Kega and Murang’a Woman Representative Sabina Chege.

The leaders promised to work together to unite people from the Mt Kenya region, irrespective of the parties.

The Embu meeting was therefore seen as part of efforts spearheaded by the President to win over the region’s leadership, which is currently split right in the middle as his succession battle hots up.

Uhuru is said to be keen to reach out to Ruto’s allies with a view to dissuading them from backing his deputy in next year’s general election.

However, the DP’s allies said although they had been invited to the meeting, they would not attend as the conveners had no common ground with the hustler nation movement.